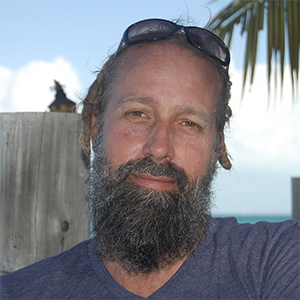 My research encompasses marine microbiology, algal physiology, mortality, virology, biogeochemistry, and molecular evolution and ecology. It merges physiology, biochemistry, and genome-enabled omics approaches to elucidate the molecular and cellular mechanisms that shape microbial interactions, their success in the oceans, and their influence on our natural world. Marine microbes (i.e., phytoplankton, bacteria, viruses) account for >95% of all oceanic biomass and their dynamic activities drive oceanic biogeochemical cycles. Yet, we are faced with fundamental open questions about their activity, molecular diversity, interactions, and evolution. As a molecular ecologist, I am particularly interested in how microbial arms races are regulated, especially those between algal hosts and viruses, and how specific classes of microbial genes influence microbial response to stress, ultimately influencing the ocean’s ecology and upper ocean biogeochemistry. It is the genetic imprint of marine microbes and their interaction with the environment and each other that shape how the ocean works and determine its response to environmental change.

Kay received his PhD in Marine Biology from the Scripps Institution of Oceanography in La Jolla, California, where he examined the small-scale interactions between marine bacteria and diatoms. He joined the faculty at Rutgers University in 2005. Over the course of his career, Kay has won several prestigious awards, including the Raymond A. Lindeman and Edward A. Frieman Awards for excellence in research. He is a Board of Trustees Research Fellow for Scholarly Excellence at Rutgers University and is currently a Kavli Fellow through the US National Academy of Sciences. Most recently, Kay one was of only 16 international scientists to receive an esteemed ‘Investigator Award’ through the Gordon and Betty Moore Foundation’s Marine Microbiology Initiative.

As part of an ongoing Broader Impact initiative for my research program, I have been working very closely with the Education and Public Outreach (EPO) staff at IMCS—Drs. McDonnell (Director of COSEE NOW at IMCS; 4-H Science, Engineering & Technology Agent at Rutgers) and Carrie Ferraro (Program Coordinator, EPO) — to help address the need for more STEM graduates by engaging high school and undergraduate students in the process of science and exposing them to cutting edge research. The US President’s Council of Advisors on Science and Technology forecasts the need for approximately one million more college graduates in STEM fields than are currently expected. As the US Bureau of Labor forecasts a 23% increase in the number of geoscience jobs by 2018, there is a critical and immediate need to not only recruit, but retain students from a variety of backgrounds in STEM fields. As part of these efforts, I have been working with McDonnel and Ferraro, along with Josh Kurz at Tilapia Film, LLC to develop a novel video series on how science works, previously initiated through my NSF funding (OCE-1061883). The first four videos (each ~5-7 min), entitled ‘Collaborations’, ‘Sampling’, Proxies’, and ‘Modeling’ are currently in production and highlight various scientific practices through real research investigations during the NA-VICE research expedition that I led in the North Atlantic in 2012. As part of a recently-funded NSF project (OCE-1537951), I am developing an additional video in the series that will focus on the NGSS Science and Engineering Practice of developing and using models. The video will explore how models are developed and demonstrate the utility of models in science using aspects of our proposed research investigating algal host-virus arms races. In addition to the programs listed above, these videos will be presented as a resource to members of the New Jersey Science Teacher Association at their 2015 summer teacher institute, as well as to existing COSEE network connections including the National Science Teachers Association, the National Marine Educators Association, and the National Biology Teachers Association. The videos will be open access and are designed to be incorporated into both middle and high schools, as well as undergraduate classes.