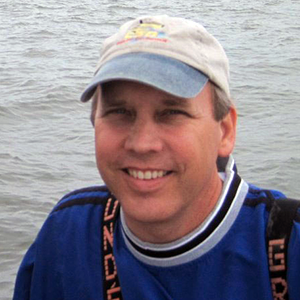 The predominant thrust of my research concerns host-parasite interactions in bivalve molluscs. A second focus aims to enhance our understanding of the ecological impact of bivalves, particularly the eastern oyster, at the population, community and ecosystem levels.

Dr. Bushek began his graduate training at the University of Houston where he developed an interest in marine ecology studying settlement and recruitment dynamics in the intertidal zone. After working a few years as a technician, he entered the doctoral program at Rutgers working on host-parasite interactions in molluscan shellfish. After earning his doctorate in 1994 he spent the next decade at the University of South Carolina as the Baruch Marine Field Laboratory’s Assistant Directory before returning to the Haskin Lab at Rutgers where he currently serves as Director.