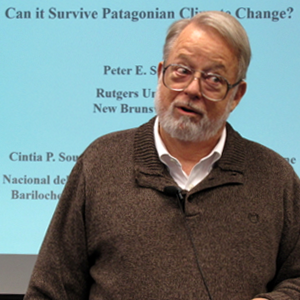 I was originally trained in forestry, but have subsequently worked in anthropology and human genetics, demography and mathematical ecology, bacterial ecology, statistical epidemiology and immunology, and psychometrics. I have worked on quantitative analysis of humans and higher primates, propagule flow in forest trees, taxonomic diversity in forbs and agronomic grasses, clinal variation in insects, ecological niche partitioning in bacteria, and forensic genetics of marine and freshwater fish. In more recent years, my group has focused primarily on mathematical modeling and statistical analysis of theoretical population biology problems, both those in evolution and ecology. Our recent work is theoretical, but modeling and data analysis have played a role in the program. Our concentration on the mathematical and statistical aspects has inevitably been linked to organismal and field context, most notably in forestry, agronomy, and marine science, but also with some forays into public health context.

We currently work on: (a) the analysis of spatial organization of genetic variation and diversity across the landscape, from micro- to macro- scales, (b) the evaluation of the propagule flow that moves genes, (c) the translation of such information into taxonomically nested and evolutionarily informative pattern of the biota. In the process, we (d) develop novel statistical and mathematical tools for molecular genetic analysis.