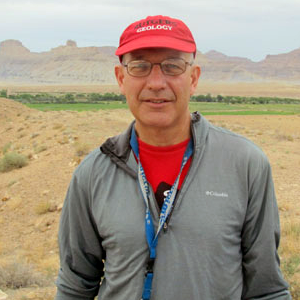 Kenneth G. Miller is a Distinguished Professor in the Department of Earth and Planetary Sciences of Rutgers, The State University of New Jersey. He received an A.B. from Rutgers College (1978) and a Ph.D. from the Massachusetts Institute of Technology/Woods Hole Oceanographic Institution Joint Program in Oceanography (1982). He was an Associate Research Scientist at Lamont-Doherty Geological Observatory from 1983-1988. A veteran of 9 scientific cruises (6 as co-chief including ODP Leg 150), he has integrated offshore seismic and drilling activities with onshore drilling: since 1993, he has been Chief Scientist of the New Jersey Coastal Plain Drilling Project (Ocean Drilling Program Legs 150X and 174AX) that continuously cored thirteen sites. He has recently participated in IODP Leg 113 (Drilling the New Jersey Shallow Shelf). Author of over 100 peer-reviewed scientific papers, his most significant publications include a widely cited synthesis of Cenozoic oxygen isotopes (Miller et al., 1987) and a synthesis of global sea-level change (Miller et al., 1998, 2005). He was awarded the 2003 Rosenstiel Award from the University of Miami and is a two-time JOI/USSAC (1995, 2006) and AAPG (2014) Distinguished Lecturer . A resident of Pennington, NJ, Ken grew up in Medford, NJ in the heart of the pine barrens. He just sold his shore house in Waretown, NJ, the home of the sounds of the NJ pines, where he used to watch the inexorable rise in sea level from his deck 16 ft above Barnegat Bay.

Department of Earth and Planetary Sciences