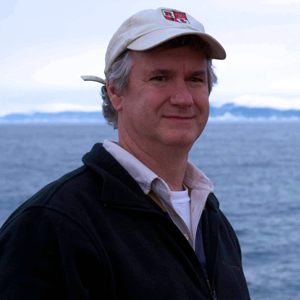 My research interest is understanding how past ocean circulation changes influenced climates over a variety of time scales.  Working with pre-Pleistocene sediments, I have reconstructed the deep-water circulation patterns in the North Atlantic for the past 25 million years.   Changes in North Atlantic deep circulation correlate with major climate changes that occurred during this time interval.  For example, decreases or shutdowns in the North Atlantic deep water source over the past 15 million years coincided with the initiation of small northern hemisphere ice sheets during the middle Miocene and their growth into the large ice sheets during the late Pliocene.  The cyclic behavior of these ice sheets has dominated global climate over the past 3 million years.  While the cold climates correspond to a weakened conveyor circulation, the warm climates of the early Pliocene occurred when the conveyor circulation was more vigorous than today.

I am also working on late Pleistocene and Holocene projects.   One of the outstanding problems in millennial-scale variability in the North Atlantic over the past 80 thousand years is an accurate depiction of the surface salinity variations.  These should have a profound effect on the surface and deep water circulation patterns in the North Atlantic and heat budgets for the northern hemisphere.  Taking advantage of the different life cycles in multiple species of planktonic foraminifera , it appears that the interspecificss δ18O relationships reflect surface water salinity changes.  I am also working on reconstructing the marine climates along northwestern Peru.  Other workers have shown that there were profound changes in the marine fauna and flora as well as an evolution from grasslands to desert environments on land.  The stable isotope records from foraminifera, mollusks and organic matter should help to reconstruct differences in the mean annual and seasonality along coastal Peru.

My primary research tool is the analysis of stable oxygen and carbon isotopes in marine organisms, which record the history of sea surface temperature variations, ice volume changes, and reorganization of surface and deep-water circulation patterns.  In the spring of 1999, we will be installing a Micromass Optima mass spectrometer with a Multiprep device for the automated analysis of δ18O and δ13C values in carbonate samples and δ18O values in water samples.