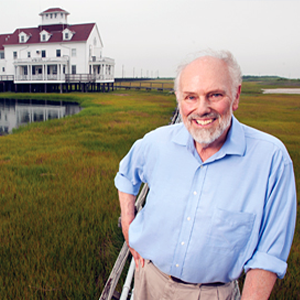 I have always been interested in characterizing marine biodiversity in a variety of habitats including coral reefs, soft-sediment communities (estuarine, continental shelf, slope, and rise, and deep-sea), and hydrothermal vents. Early in my career I studied the effects of oil and eutrophication on shallow-water communities in replicated, experimental mesocosms at URI. As my work shifted to focus almost exclusively on the deep sea, the opportunity arose to lead a team of biological oceanographers in studies of hydrothermal vent communities on the East Pacific Rise. At Rutgers University my work focused on near-shore continental shelf communities and the continued development of ocean observing systems, including an early cabled observing system (LEO-15). Knowing that marine biodiversity has yet to be appropriately measured and understood, I helped originate the Census of Marine Life, including the Oceanographic Biogeographic Information System (OBIS).

I received my undergraduate education at Yale University and graduate training at Duke University. After a postdoc at the University of Queensland ( Fulbright Fellowship), I spent 20 years at the Woods Hole Oceanographic Institution conducting deep-sea research on soft-sediment and hydrothermal vent communities. I then moved to Rutgers University as the founding Director of the Institute of Marine and Coastal Sciences where I taught and conducted research and was one of the originators of the ten-year, international Census of Marine Life.