Rutgers has been participating in the National Science Foundation’s Long-Term Ecological Research (LTER) project at Palmer Station Antarctica for over 30 years. During the fall of 2021, graduate students Quintin Diou-Cass and Joe Gradone joined UConn Postdoc Jessie Turner on the R/V Nathaniel Palmer to head to the West Antarctic Peninsula. Over the next few weeks, we are going to write up accounts of their experiences during their research way, way down under. Here is account of some glider recovery fun.

Two gliders were deployed to study both the zooplankton distribution on the West Antarctic Peninsula as well as a hydrographic fronts in the South Bransfield Strait. These autonomous underwater vehicles make researchers’ lives easier at times by collecting data in harsh conditions where ships cannot travel. As anyone who has worked with a glider for just a few days can tell you, however, these cool instruments can be very fussy too. My job (Joe) on the cruise was to keep the two gliders we deployed as happy as possible while also continuing my work helping the Schofield phytoplankton lab.

The cherry on top of an already eventful glider deployment was trying to recover both gliders in what was forecasted to be 50 knot winds and 10-20 foot seas. While a large research vessel would be able to sustain these conditions without issue, we needed to put zodiac’s in the water to recover these gliders. So, when we saw the forecast, we devised a plan to fly the gliders into the very northern edge of a channel in an attempt to essentially hide behind an island and seek shelter from the winds so that we could put a small boat in the water. Miraculously, this plan worked! The seas were significantly better behind the island and we were actually able to swim the glider almost right up to the ship. Definitely a memorable recovery. 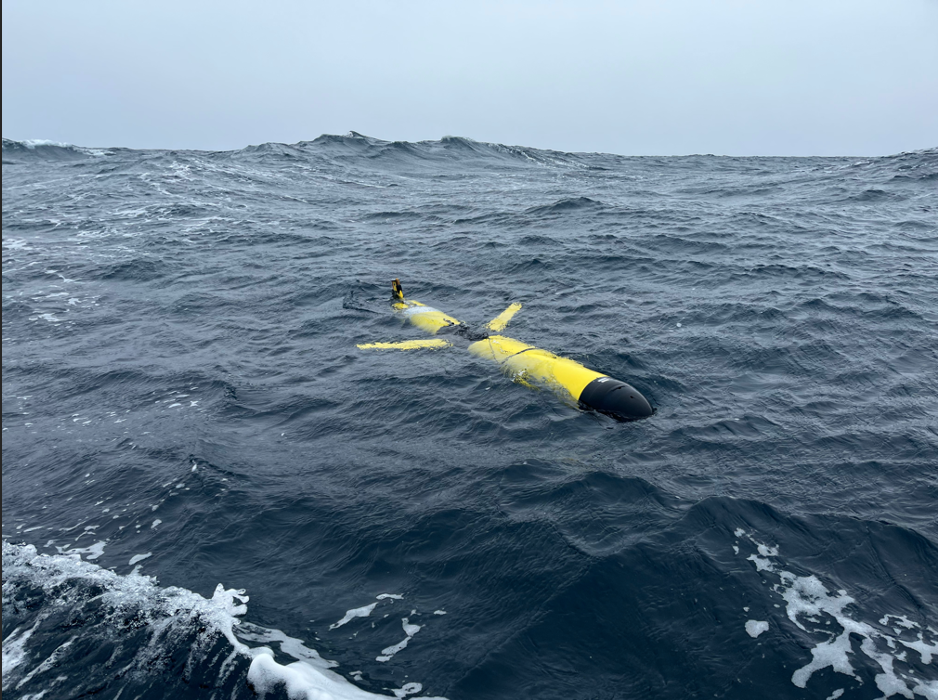