The ocean has always been home to me. I grew up along the beaches of San Diego, and would take annual family vacations to Cape Cod, which probably sparked my earliest intrigue into marine science as I started comparing the different oceans. And while I’ve always been fascinated by the ocean and the life within, it wasn’t until undergraduate that I realized that I was serious about perusing a career in marine biology. I graduated from the University of California Santa Cruz where I received a B.S. in Marine Biology and a B.A. in Environmental Studies. While at UCSC, I interned in an invertebrate ecology lab, studying krill population dynamics in the Monterey Bay. In order to obtain krill samples, I went on a few NOAA scientific cruises that traversed the California coast from San Francisco down to San Diego and back, sampling primarily for juvenile rockfish. On these research cruises I realized my true passion lied in fish biology so after graduation, I interned at NOAA SWFSC in Santa Cruz assisting studies on rockfish fecundity and recruitment. 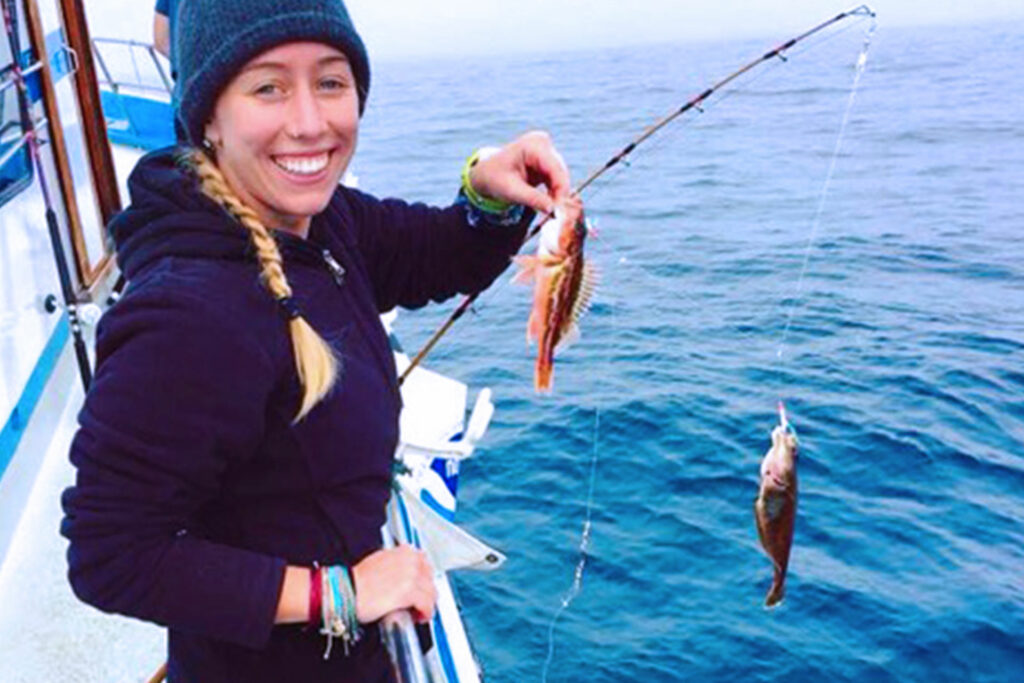 I am currently pursing my Ph.D. under Dr. Grace Saba.  My research focus is on studying the effects of climate change on economically and ecologically valuable North Atlantic fish.  Specifically, I study the physiology of fish to relate how they may be negatively impacted or acclimate to a changing ocean.  My current project is finding the thermal optimum for black sea bass.  We do this by measuring black sea bass aerobic scope, the difference between their maximum and resting metabolic rates, at a range of temperatures to see which temperature promotes the highest scope.  This is considered their thermal optimum.  Since we can’t measure metabolic rate directly, we use oxygen consumption, which can be measured in respirometry chambers.  The data from this project will be used to create habitat models that will predict where black sea bass may migrate to as ocean temperature rises along the Northeast Shelf.  When I’m not taking care of and testing my cohort of experimental black sea bass, I enjoy anything outdoors such as hiking, fishing, running, traveling, learning how to deal with real winter, and going to the beach.   When I’m indoors, I enjoy making popcorn and then eating it. 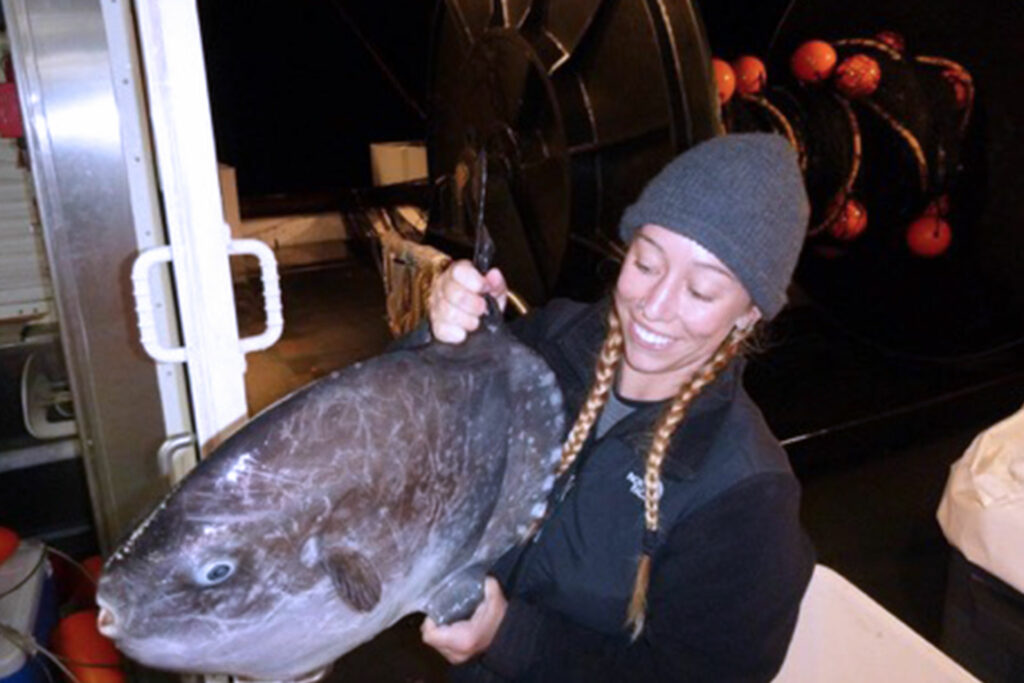