This week, a paper by members of Rutgers University Center for Ocean Observing Leadership was released in Nature covering how the coastal ocean can dictate the intensity of tropical cyclones.

The cooling of coastal surface waters ahead of hurricanes has the capacity to reduce their intensity, according to a study published in Nature Communications this week. The paper shows that consideration of hurricane-coastal ocean feedbacks can improve hurricane intensity forecasts.

Although the combination of satellite tracking and coupled atmosphere-ocean models has significantly improved hurricane trajectory forecasts in recent years, accurately forecasting hurricane intensity remains problematic. For instance, in the case of Hurricane Irene, which took place in 2011, maximum wind speeds were consistently overestimated in forecasts, resulting in an inaccurate assessment of risk and unnecessary preparation costs. 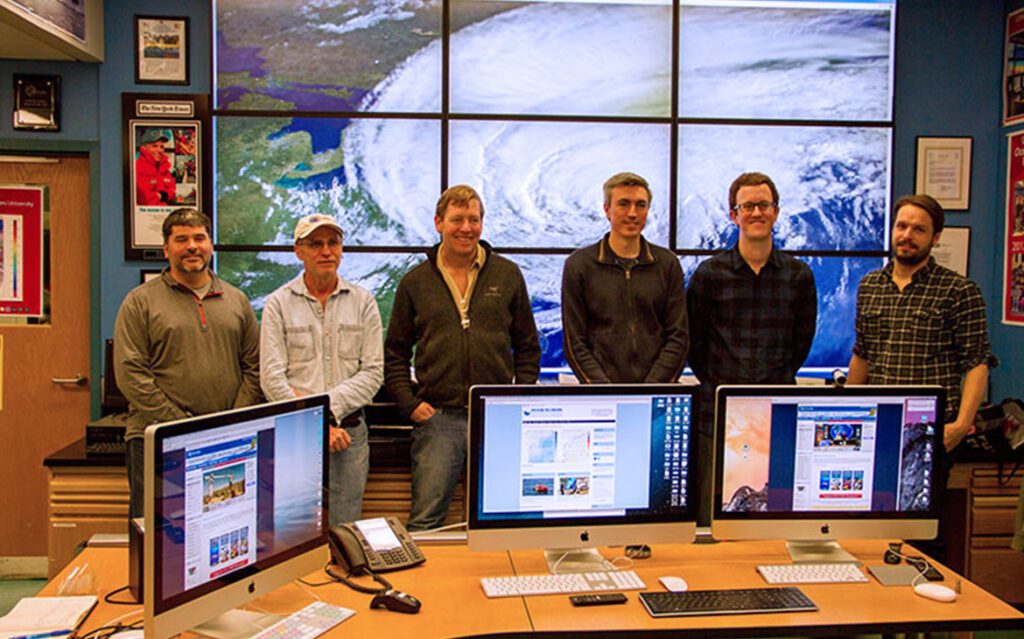 Scott Glenn and colleagues use data generated from the MARACOOS ocean observing network to directly force atmospheric model simulations and, in doing so, identify a new feedback mechanism that affects storm intensity. They show that strong winds ahead of the storm cause turbulent mixing of the coastal ocean and drag up cold waters from depth. This mechanism significantly cools the warm surface waters and removes the strong flux of heat to the atmosphere, thereby weakening the storm.

Through additional analyses, the authors show that this so-called ‘ahead-of-eye-centre coastal ocean cooling’ occurred in the case of Hurricane Irene, and was also characteristic of all 11 hurricanes that followed a similar northeastward trajectory across the east coast of North America (from Massachusetts to North Carolina) over the past 30 years.