Skip to content
Home
/
Ecology and Conservation of Sharks

(above) A tagged male pelagic thresher shark returns to a seamount in the Philippines to be cleaned of parasites. Two cleaner fish (wrasse) can be seen grooming the shark’s flank and cloaca. The acoustic transmitter tag is visible trailing from the dorsal fin, where it was inserted by a diver with a low-power spear gun.

Large fishes with commercial or recreational value, including sharks, are capable of quickly moving long distances. This confounds the ability to understand their distribution and population size and to protect vulnerable populations by creating reserves. For example, individual pelagic thresher sharks, members of a deep water species that is harvested in the Pacific Ocean, regularly visit the shallow top of a sea mount in the Philippines that is accessible to SCUBA divers, driving an important tourism economy that locals attempt to protect by creating a preserve. Understanding the shark visitation rate, shark dispersal to neighboring jurisdictions, and habitat attraction helps the regional governors develop resources for sharing and sustainability. The Grothues lab collaborated with Dr. Simon Oliver of the Thresher Shark Research and Conservation Project to tag and track pelagic thresher sharks, an effort documented on Discovery Channel’s Shark Week. Over a month, about 30 sharks visited the dive sights to be cleaned of parasites by specialized reef fish, but varied in the regularity of their visits from almost daily to just monthly, creating a healthy mix for divers to see. However, sharks that left rapidly moved into areas where they could be fished. 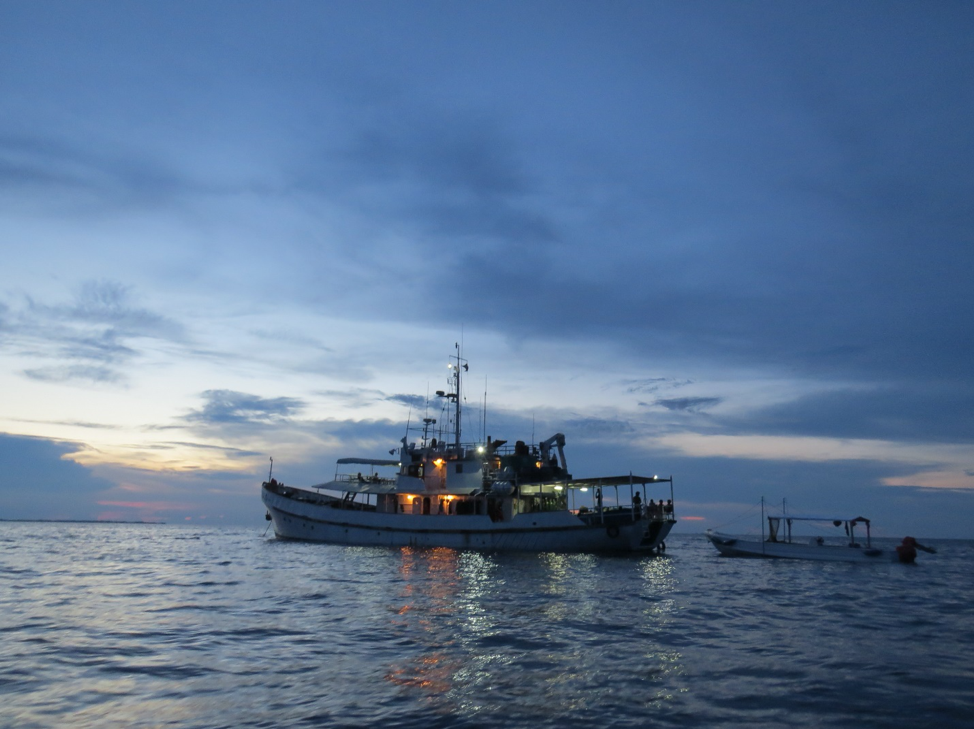