At the 107th Annual Meeting of the National Shellfisheries Association Richard Lutz was inducted as an Honored Life Member. This is the highest honor bestowed by the Association and in 107 years only 57 individuals have received this honor. The award recognizes “individuals who have made substantial contributions to shellfisheries science, education, the industry, and/or the National Shellfisheries Association”. Rich presided over the organization as President during 1983-1984 and has continued to provide advice and guidance to the organization as an active member of the Past-Presidents Committee. In presenting the award, current President Karolyn Hanson noted “There are probably no other NSA members with both a Wikipedia entry and an IMBD entry on the web, nor an internationally acclaimed feature length IMAX film listed on their CV that documents some of their scientific discoveries. As impressive at that may be, however, it is the collection of research and discoveries amassed during his career combined with the leadership he has provided in our field to make significant advances with a lasting impact that make Rich deserving of this award. 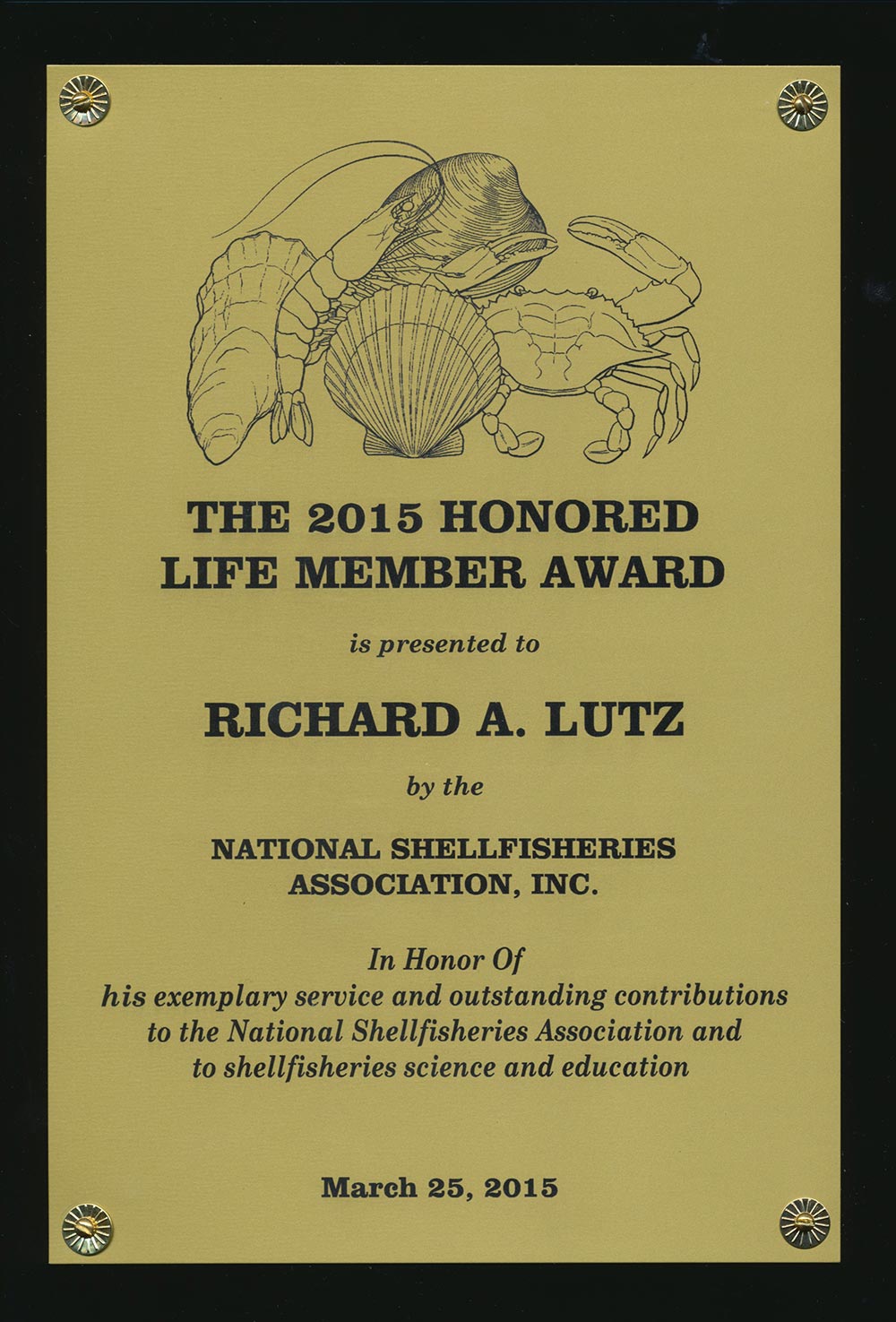