As flood waters from the remnants of Hurricane Ida ravaged parts of New Jersey and Pennsylvania, the mighty Raritan spilled over its banks, leaving a path of destruction in its wake.  Rutgers University was not absolved from its share of damage, and the RU Crew team bore the weight of being on the frontlines.  With the boathouse already flooded, a section of dock complete with four launches broke away, proceeding to smash into the Rt. 1 bridge. One launch and a twisted aluminum boat remained as the rest of the flotilla washed downstream, eventually settling on land as the floodwaters receded.  Video from NBC 4 shows the carnage in process. 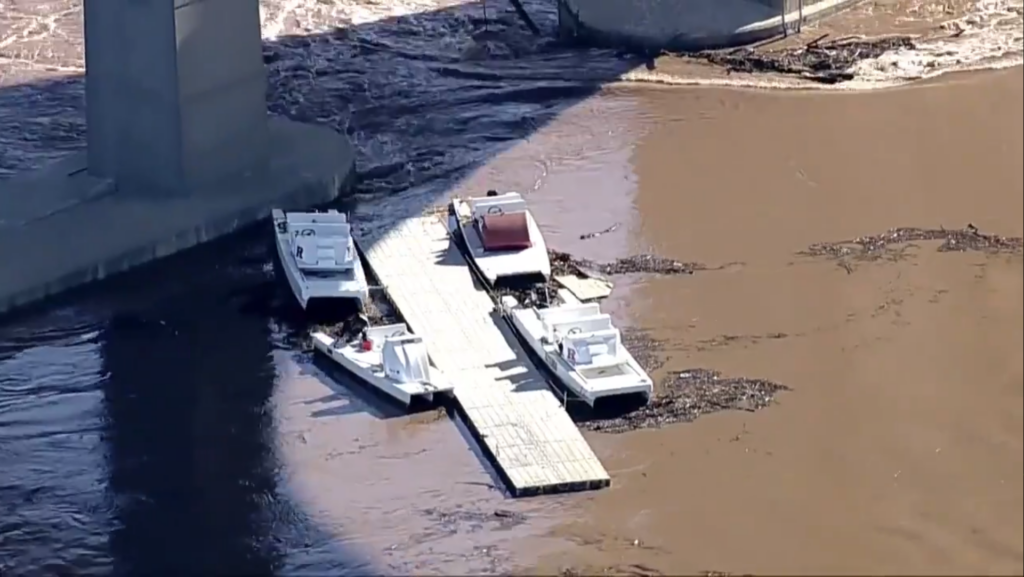 The R/V Rutgers sprang into action, slaloming through the obstacle course upriver before picking up some of rowing’s finest to become the R/V’s crew for the day in an attempt to recover the launch vessels and dock section.  Swift currents made operations difficult, but the R/V Rutgers’ landing craft capabilities proved useful as it landed at the grounding site of the launches just north of the New Jersey Turnpike bridge. 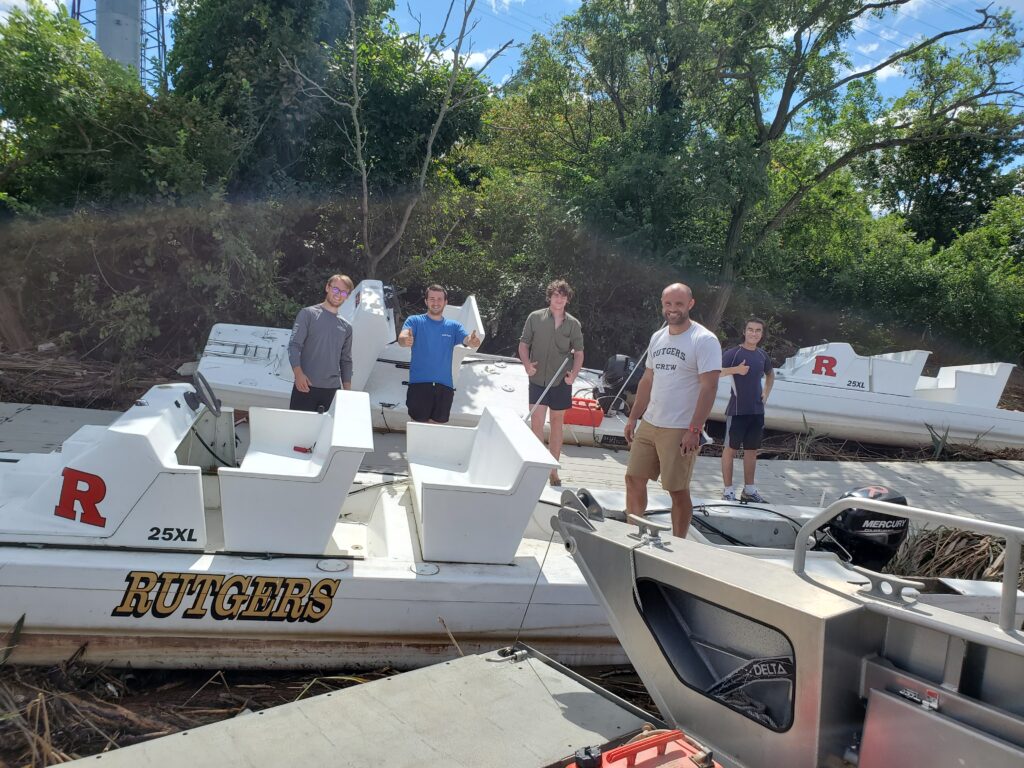 Tireless efforts and a combination of four-stroke horsepower, manpower, and sheer willpower were eventually able to pull three launches and a large section of dock offshore.  Two launches were in damaged but working order and able to return to the boathouse under their own power, while a third had to be towed back to dock prior to be dewatered and recovered; sinking narrowly avoided.  Although repairs are forthcoming, the day culminated in multiple successful recovery operations aided by teamwork and camaraderie.  Upstream, Red Team!