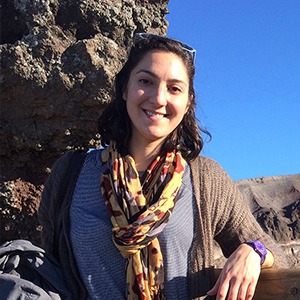 My broad scientific goal is to understand how changes in ocean circulation alter the global climate through the movement of heat, salt, and carbon around the globe. I am particularly interested in the interplay between low and high latitude climate forcing during past periods of rapid natural global warming (e.g. glacial terminations, abrupt climate events) and past warm periods (interstadials) during the Pleistocene. These intervals are “natural experiments” in global warming and may provide important insight for understanding modern environmental and climatic change. I apply a multi-proxy approach (organic geochemical techniques, x-ray fluorescence core scanning, and foraminiferal stable isotopes, radiocarbon, and trace metal analyses) to reconstruct changes in hydroclimate, sea surface temperature, marine primary productivity, and carbon chemistry using deep-sea sediment cores.

In July 2019, I led the first “JR100” expedition aboard the JOIDES Resolution (JR) to collect sediment cores along the Chilean Margin. This was a month-long non-IODP cruise funded by a new NSF program that enables scientists to use the JOIDES Resolution research vessel to collect long sediment cores. The primary goal of the cruise was to collect 100 meters long sediment cores at eight sites along the southern Chilean Margin (36-46.5°S) that will enable us to investigate links between oceanographic change at the northern edge of the Antarctic Circumpolar Current and climate change on the South American continent over one glacial-interglacial cycle and two glacial terminations.

The southeast Pacific is a complex and climatically important region. It is home to the largest temperate ice masses in the Southern Hemisphere, the Northern and Southern Patagonia Icefields, which contribute a disproportionate amount to modern sea level rise relative to other mountain glaciers [Glasser et al., 2011; Rignot et al., 2003]. Surface ocean conditions in the southeast Pacific exert primary control on southern South American climate and impact many other parts of the globe via oceanic and atmospheric connections. However, few records with adequate temporal resolution to evaluate millennial variations in sea surface and intermediate water properties extend beyond the Holocene (last 10 ky) and no records of this type exist for any previous glacial-interglacial transition. Extending records from the Chilean Margin to the Eemian (previous interglacial period) is particularly important because it is the warmest period of the last 200 ky and comparable to climate change estimates for the end of this century [Otto-Bliesner et al., 2006].

A preliminary report detailing the sites cored and shipboard analyses will be posted soon.

The tropics are the “engine” of the climate system. Here, warm surface temperatures drive the upward motion of air masses near the equator, a process that transfers energy and moisture to the atmosphere and supplies much of the “power” to global atmospheric circulation. Locally, rising air masses produce heavy rainfall and monsoons, whose predictable occurrence is critical to millions who call the tropics home. According to the most recent ensemble of climate models described in the Intergovernmental Panel on Climate Change Fifth Assessment Report, on average tropical climates will likely get both warmer and wetter, but the spatial patterns of change are uncertain. It is therefore difficult to assess what processes will determine tropical climates in the future; will tropical variability reflect changes in tropical dynamics? Variations in El Niño Southern Oscillation? Or will they originate from the high latitudes, perhaps responding to melting ice in polar regions? These questions cannot be fully addressed simply by interrogating the observational record; the record is short and does not capture the full range of natural variability. Long records of tropical climate variability, which can only be obtained from the geologic record, are necessary to assess the regions’ response to large changes in the global climate state.

My work thus far has focused on the tropical Pacific where a mixed influence of high- and low-latitude forcings drives variations in equatorial Pacific oceanography, precipitation, and primary productivity. In the tropics, local changes in the winds alter the surface ocean from above, while variations in the heat, salt, and nutrient content of subsurface waters sourced from the high latitudes propagate change from below. Three of my most exciting results include:

Identifying the source and release pathway of this carbon is critical for understanding how carbon moves between oceanic and atmospheric reservoirs [Bova et al., 2018].

This work is significant because decadal to centennial-scale records of deep ocean temperature that extend beyond the instrumental record are required to put the modern accelerated deep-ocean warming in context [Bova et al., 2016]. Few tools of this nature have been identified.

This finding is significant because it suggests stratification and mixing between high latitude sourced intermediate waters and EEP surface waters is dominantly regulated by climate in the southern high latitudes, not local tropical dynamics [Bova et al., 2015].