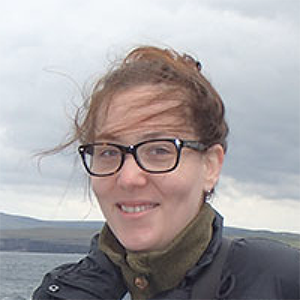 I am interested in how Earth’s climate is changing, particularly in the Arctic, where change is rapidly occurring. Warmer temperatures reduce the total ice cover of the Arctic which, in turn, reduces global albedo and changes Earth’s energy budget. In addition, the melting of sea ice infuses the Arctic Ocean with freshwater, possibly altering Arctic currents as well as the thermohaline circulation. My research will utilize in situ and satellite observations, along with climate model and reanalysis data, to investigate and better understand these mechanisms, both in the Arctic region as well as on the global scale. I am also interested in methods in Earth science education, particularly active learning strategies.

Although I am a New Jersey native, I spent several years of my childhood at my grandparent’s house on the Gulf of Mexico in Florida, where I developed a deep appreciation of the ocean. I was keenly aware of the tides, waves, and currents and knew that something must be causing them. Every hurricane season brought the excitement of approaching storms and left me wondering about the connection between the oceans and the atmosphere. This inspired me to major in physics and mathematics for my bachelor’s degree at Montclair State University. I continued to Stevens Institute of Technology, where I earned a master’s degree in physics, with a research focus on stochastic dynamics and climate modeling. I greatly await the opportunity to take this step towards becoming a member of the oceanography research community.